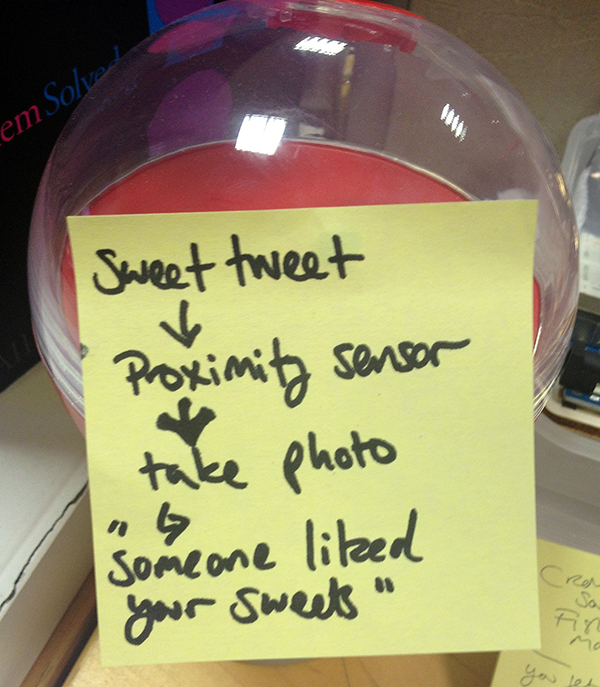 Hell, it even uses the same dispenser! Shameless.

I’ve also cobbled together bits of code from other sources, including:

Funny thing is that this project didn’t start out involving sweets at all. Originally, I had planned to use NFC cards to allow people to quickly tap in, have a picture taken and then manipulate that image once it was on the server.

Somewhere along the line I must have gotten hungry! 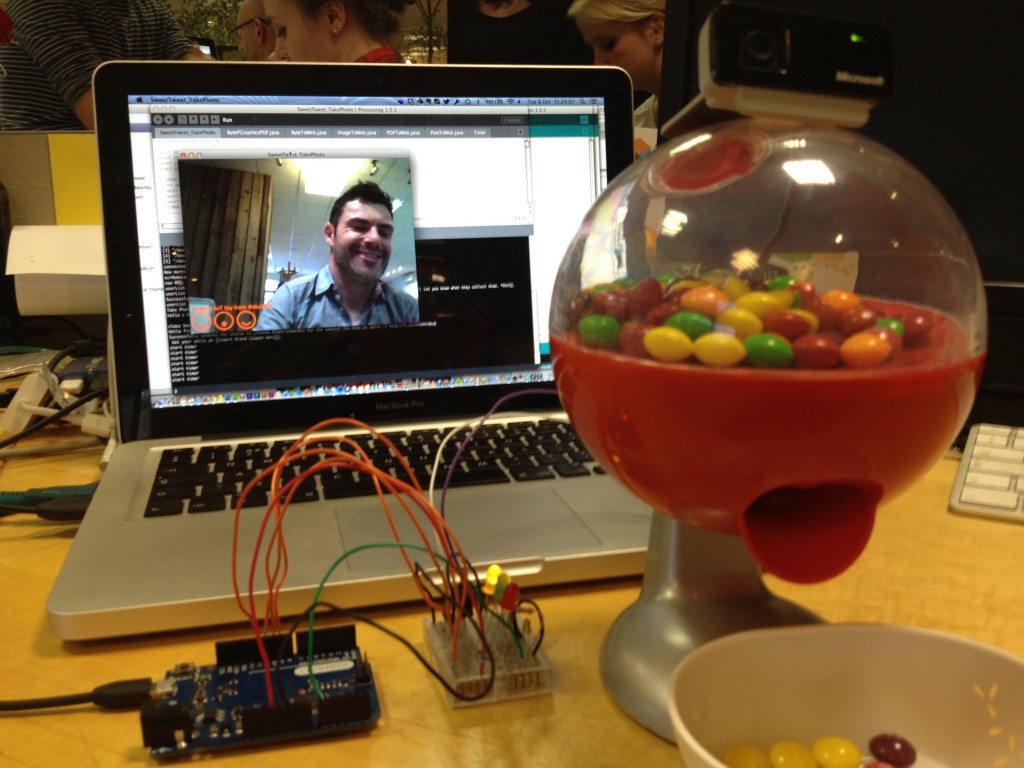 Put the code above together and this is the flow you get:

A bit of fun, and more Arduino/Processing lessons learnt.

Technically, I don’t doubt that this would appear far more streamlined using a Raspberry Pi but I don’t have one! 🙂