What started out as a gag became a method to demonstrate the notion of Codeless Development at this years Reasons To Be Creative conference (or is it a festival these days?).

The inspiration came from being hungover on that day the previous year, after a heavy evening of ‘Networking’, that and a love of Dylan Moran’s ‘fizzy good‘ scene in Black Books. 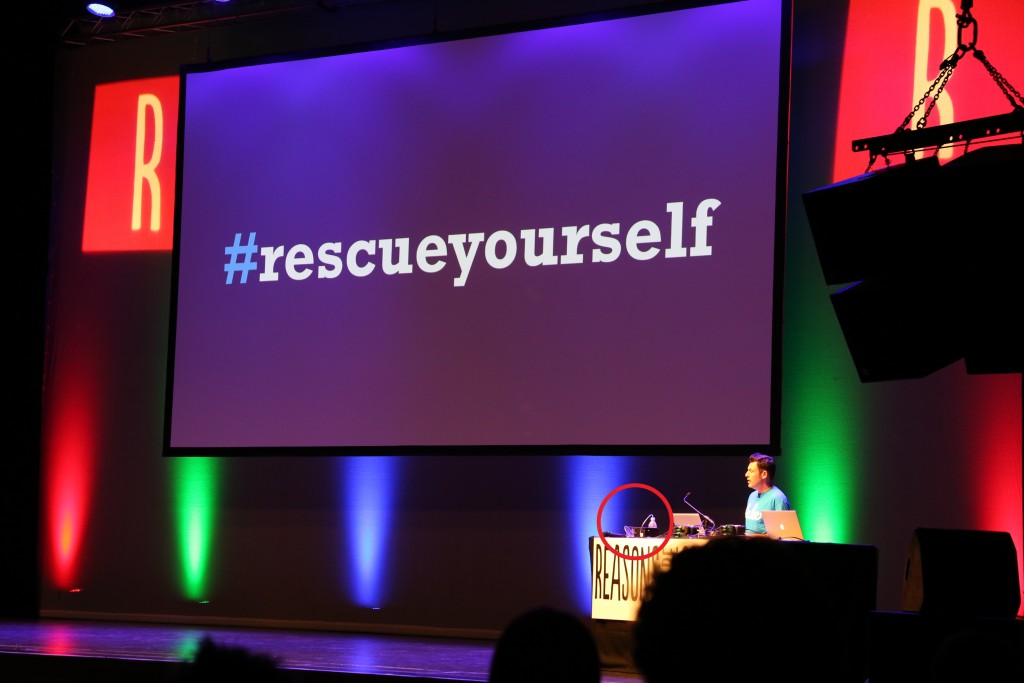 The premise was simple enough. At the start of my talk I’d ask someone in the audience to tweet #rescueyourself, which would in turn would, by some internet sorcery, start a water pump work, thereby filling my glass and providing me with some Alka Seltzer goodness! 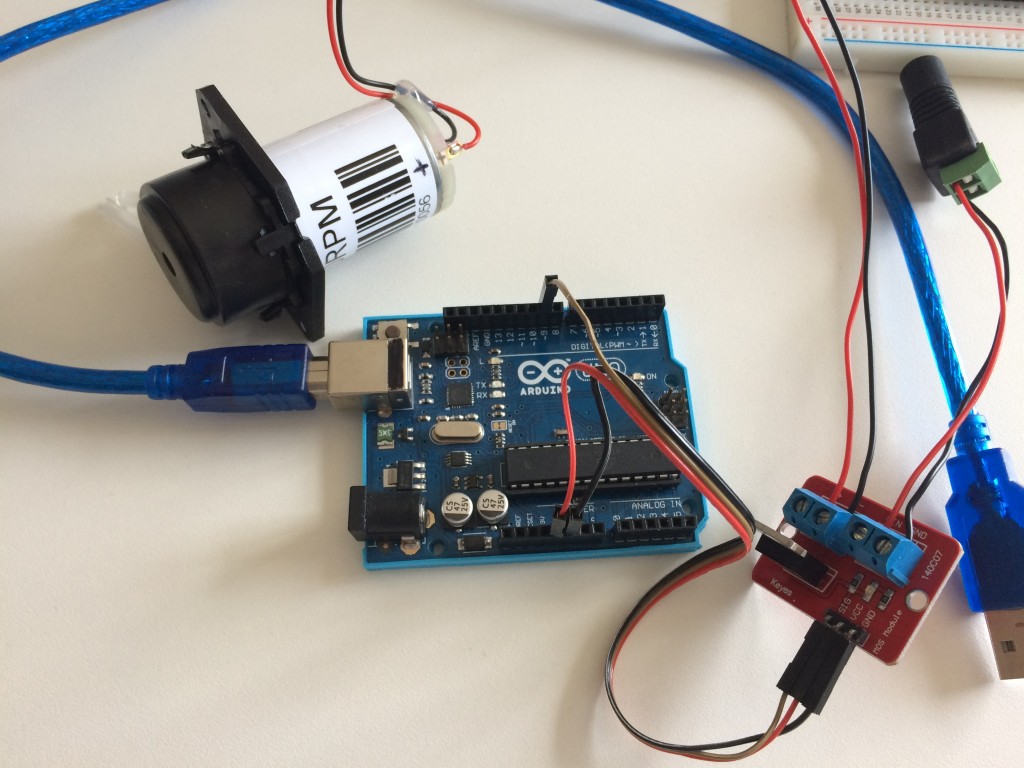 The test build consisted of an Arduino UNO, a £5 aquarium pump from eBay, a IRF520 MOSFET Driver Module and an old 12V power pack for the pump. In this incarnation, all the script did was switch a pin from High to Low. It also gave me a chance to calculate the time needed to fill my glass, based on flow from the pump (roughly 2 mins).

However the plan was that this should demonstrate codeless development. By that I meant, not being a shithot developer shouldn’t prevent anyone from exploiting the Internet of Things. There are plenty of services out there that allow middleware layer to communicate with social feeds, documents, email, etc. 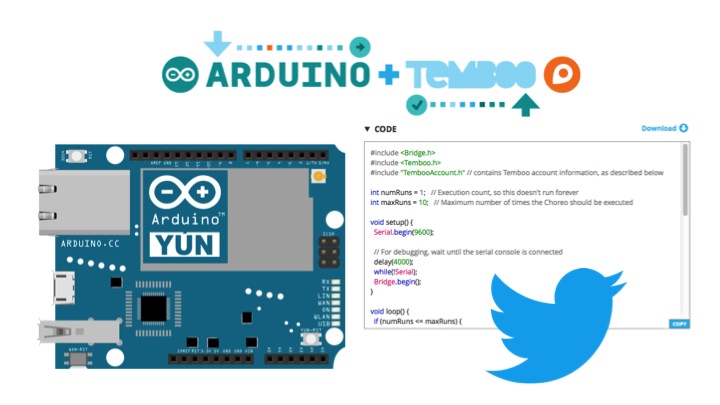 Temboo has an API that taps into literally dozens of these: Google, Spotify, FaceBook, Instagram, Twitter… the list goes on. Temboo will even take you through step-by-step on what you need to do to generate Keys, and then will create the code for you and your Arduino!

I used the Arduino Yun, and connected it to the venue’s wifi. The Temboo code was pretty much complete, I just needed to add in some status LEDs and a timer to only run the pump for 2 minutes (wouldn’t want to flood the podium). 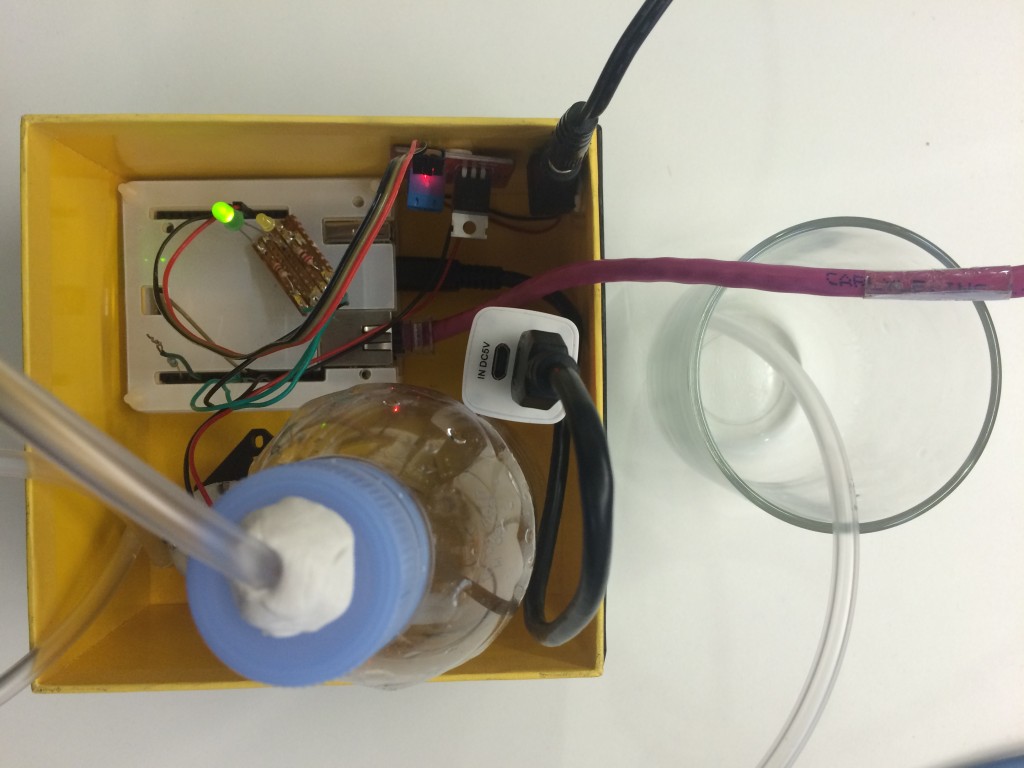 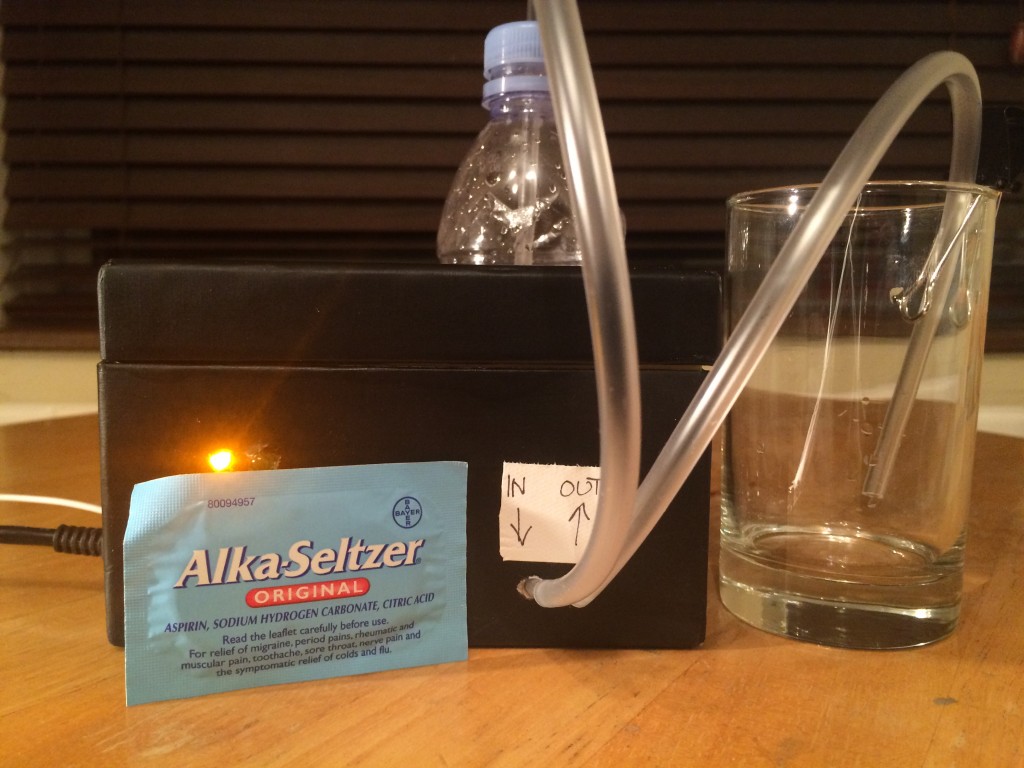