The InkHack day was hosted by Moving Brands and supported by Bare Conductive, makers of Electric Paint.

It was a great opportunity to get my mitts on one of their KickStarter-funded TouchBoards months before release. So how could I resist? 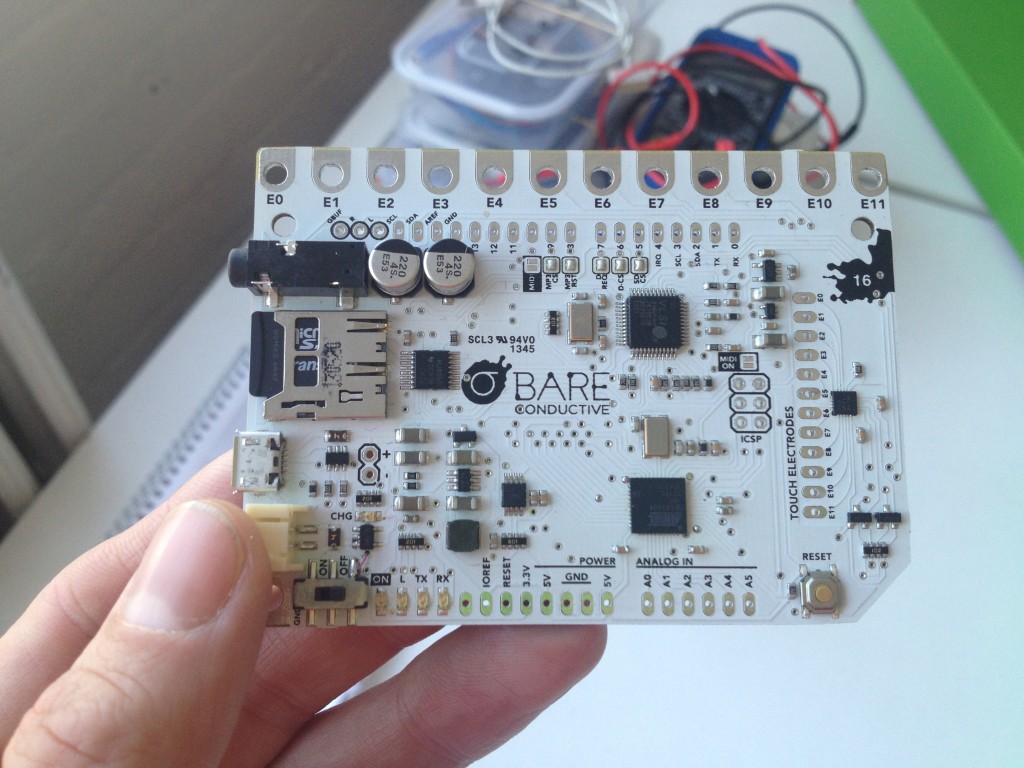 In (very) short, the TouchBoard is based on the Arduino Leonardo, with onboard Capacitive sensing, MP3 playback, audio jack and MicroSD card. It also allows charging for the supplied Lipo battery.

If you’re unsure what the heck a TouchBoard or Electric Paint is, then watch the video below.

It was a short hackday with only a few hours to produce a working prototype. Given the shortage of boards, we were in 7 groups of 4. 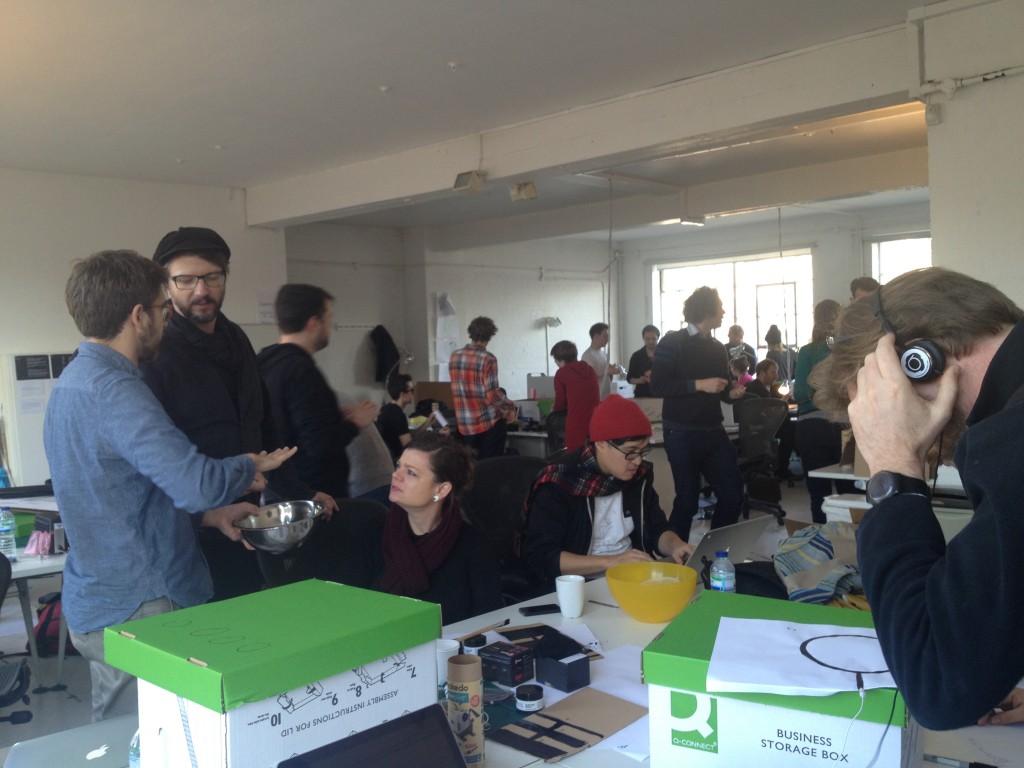 I’d never actually met any of the guys I was teamed with: Jude, Lawrence and Reagan, and as it turned out I was the only Arduino coder, so no pressure! 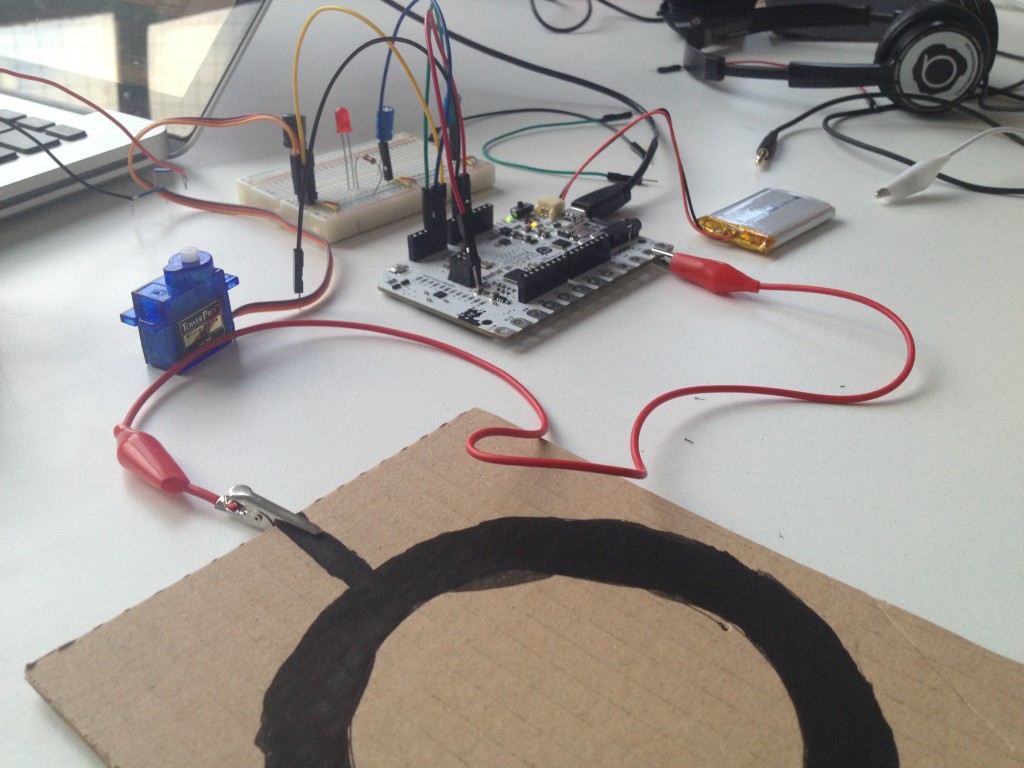 After a bit of How-Do-You-Do, we got down to it and kicked around various ideas, mainly inspired by Mattel it seemed: Conductive Jenga, Twister, etc.

We settled on a Spy vs Spy inspired idea that used a combination of Touch & Hover over electric painted surface, to give a variety of capacitive values to unlock a ‘dead-drop’. This quickly morphed into a safe, and we even used the box that all our hackday bits came in to build it.

As the TouchBoards have yet to be released, it was great to have Matt, Stefan and Peter from Bare Conductive on hand to answer our many questions! 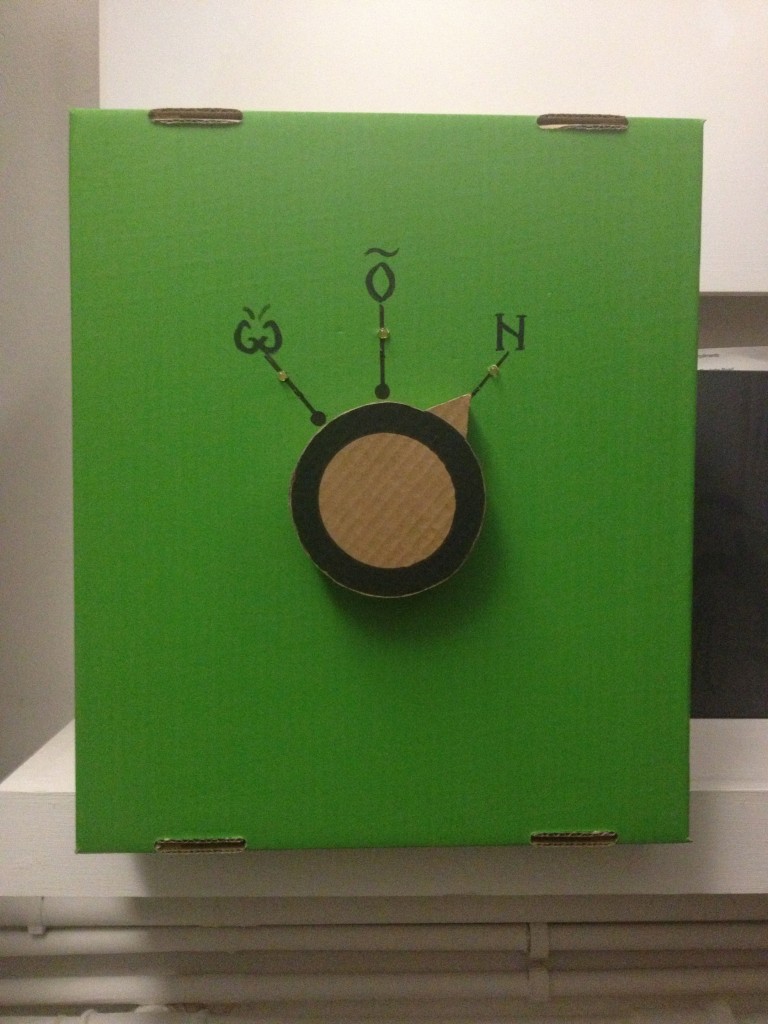 The final build of the safe utilised a 3 state lock that required a Hover-Touch-Hover combination to open each of the servos, and unlock the door.

Each successful combination was greeted with the sound of a lock opening and the LEDs flashing in sequence. 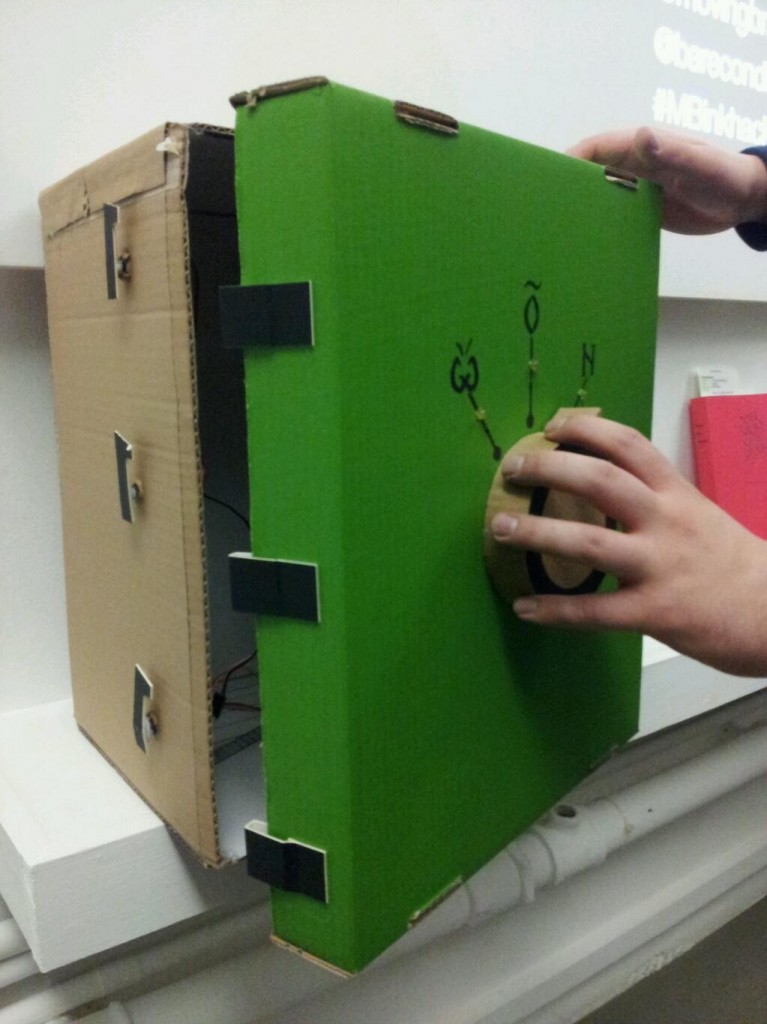 I’ve only heard recently that it was even used by Bare Conductive to hide Matt’s birthday cake in it!

For more posts on the event, please check out Moving Brands take on the day here, and Becky Stewart’s writeup and great Music Sheet Player here.

All the code is on the Arduino platform but as the TouchBoard libraries are still in a dev state, I can’t share it. Sorry.

1 thought on “InkHack and the Capacitive Safe”