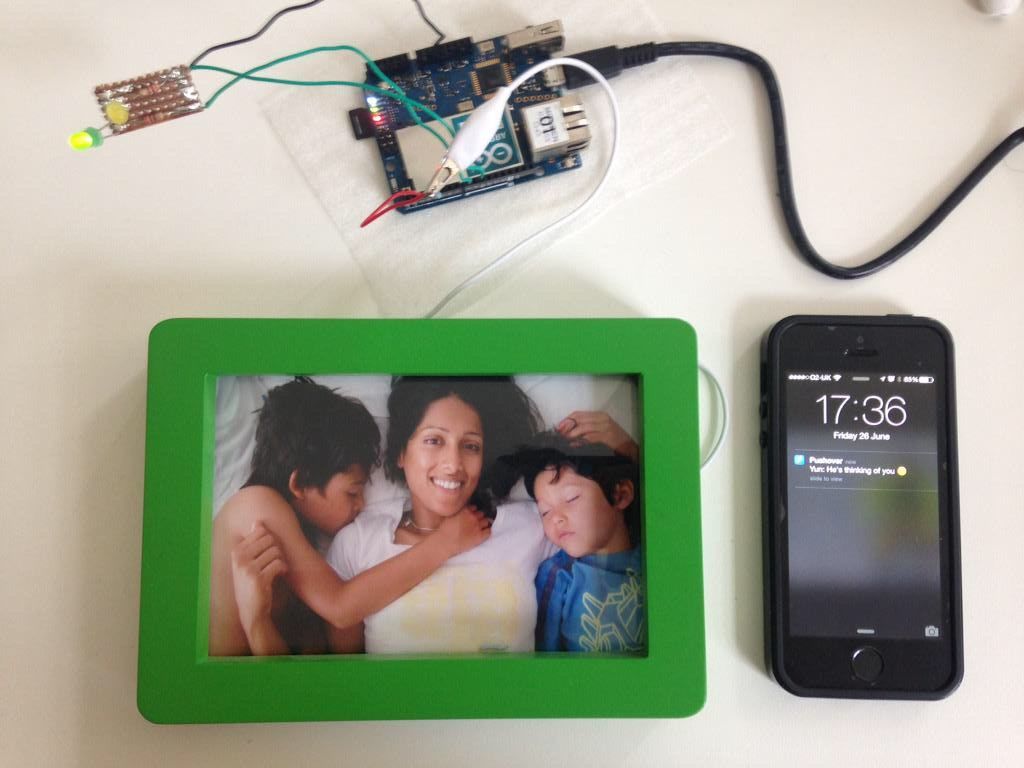 I love the idea of Connected Objects and the notion that a loved one knows you’re thinking of them.

The thought process for this project was very simple, but at the same time was born of various factors. The core of it all is my relationship with my wife: I cycle to work in central London, (not always something for the risk adverse), and I text her when I arrive. Safely. If she’s not heard from me by 10am, she worries.  Being at Techy-type, with a sprinkling of forgetfulness and out-and-out laziness, I pondered on how to simply this process.

One thought was iBeacons –  I put one by my desk and, not doubt, using a combination of Beecon and IFTTT notify my wife that I’ve arrived automatically. Yet that automation made it feel ‘cold’.

There are products that seek to retain sentiment. The P2P (Peer-to-Peer) app Without goes someway to solving this, by simplifying the connection between two people separated by distance. ‘Share selfies and quick notes with just one tap! It’s fastest way to say “I adore you” with your face.’ Some more on how it was developed here. 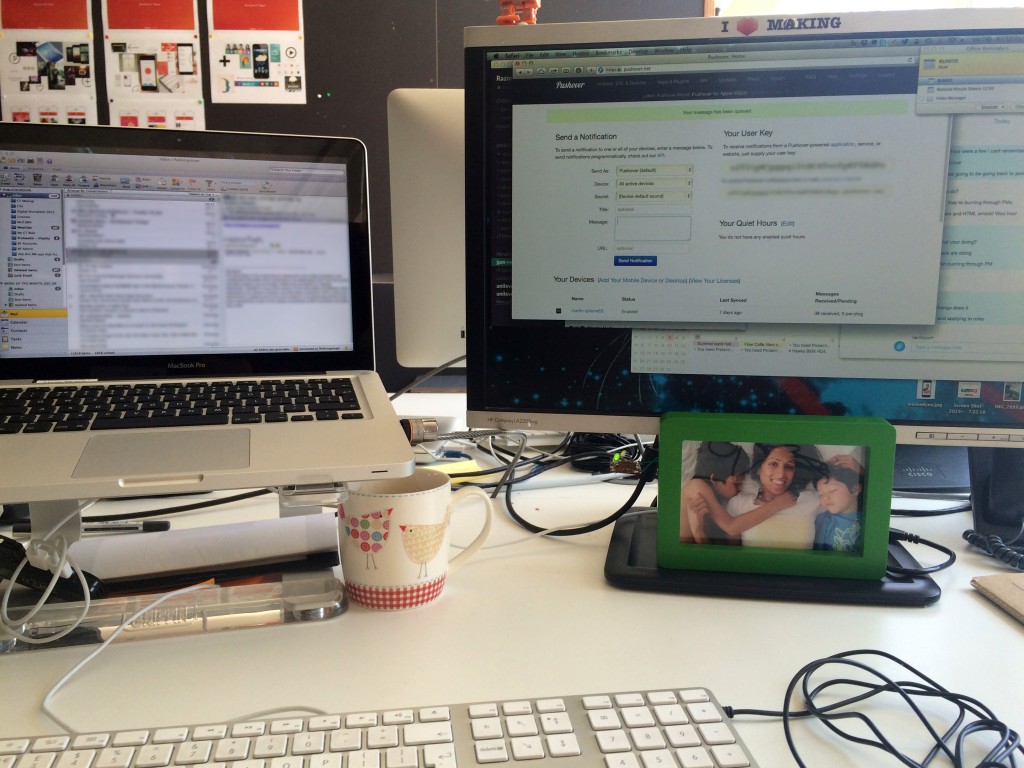 Looking at the photograph of my family that I have on my desk one day, I missed them and wanted to be home. I touched the photo and realised that somewhere between those was the germ of the idea…

I’ve already written about my capacitive touch projects, so it was a matter of breaking down the tasks. I wanted my family to know I was thinking of them, but I didn’t want to create two products; think GoodNight Lamp – I do love that project. In any case, there was no guarantee they would even notice a ‘blinking’ photo frame responding to my signal. Making the Receive a PUSH notification seemed like a no brainer, but the last time I developed for mobile was iOS 1! There are a number of service apps out there: Pusher, Pushingbox but I decided on Pushover. It had a 7 day trial period and good API support (I’ve since bought a license).

Next was testing and choosing hardware. I wanted it to be wireless if possible, but accepted it was a Proof of Concept as well. 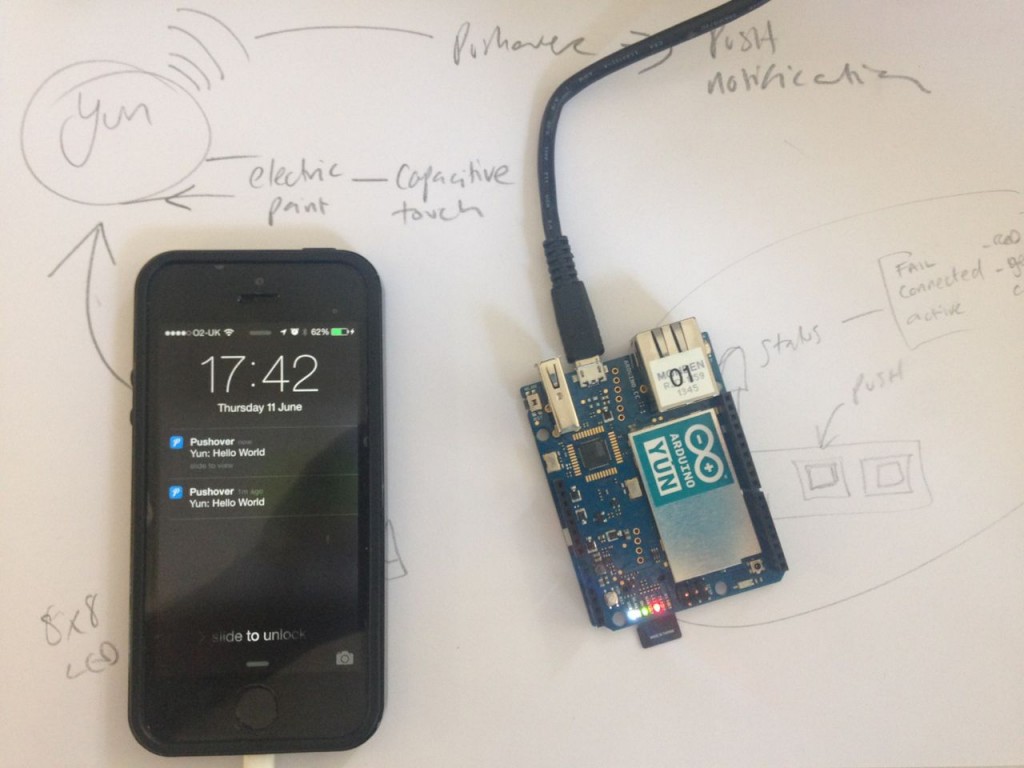 ..and an Arduino UNO for Capacitance. This is just the basic Capsense library, with some additional calibration to ascertain base values. I used two boards for no other reason than I was using each to solve a particular problem at the time. 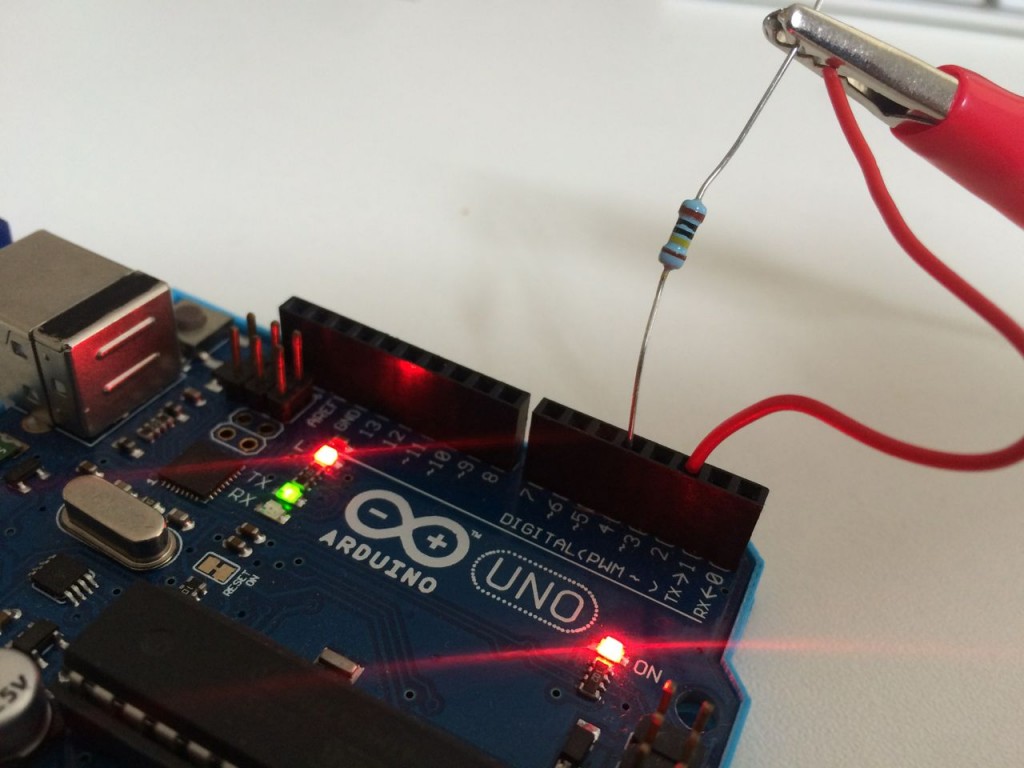 The capacitive layer behind the photograph is actually just a piece of card covered with @bareconductive‘s Electric Paint (I could have use foil but I didn’t have any to hand) and connected by a single wire to the Arduino. The ‘touch’ is detected through the glass & photo by a spike in the value. Additional LEDs act respond to status: Ready & Touch (green). 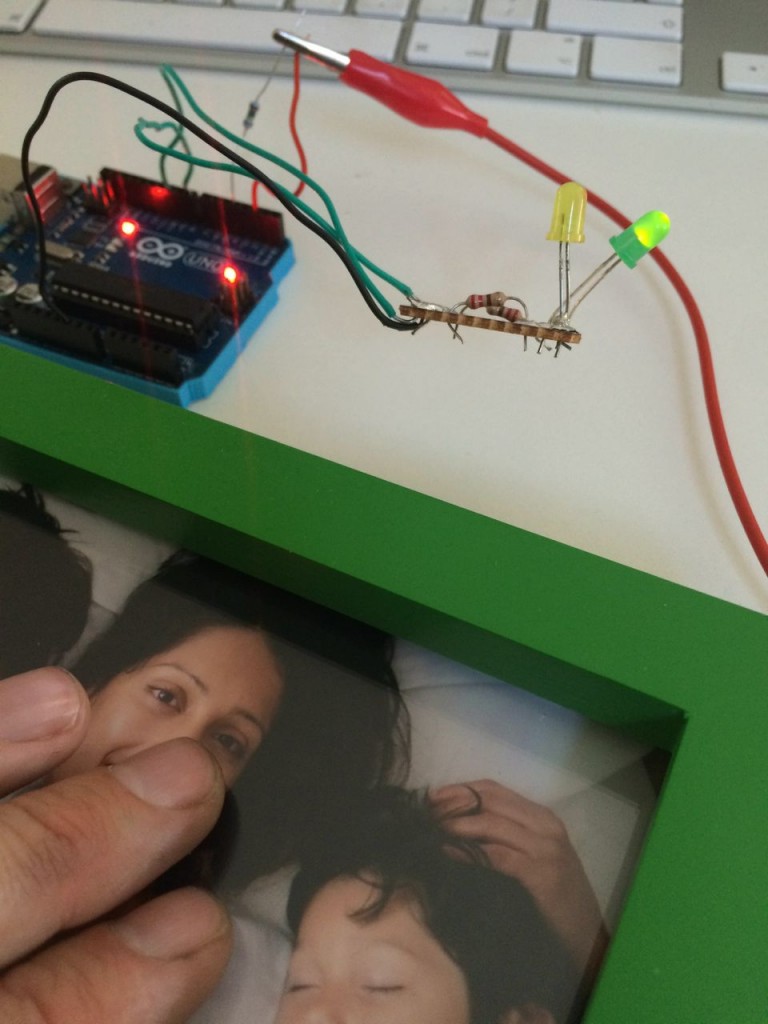 From this point it was just a matter of setting the parameters, and combining the two sketches. The YUN is powered by a 5V battery, and connected to the office wifi.

So there you have it. 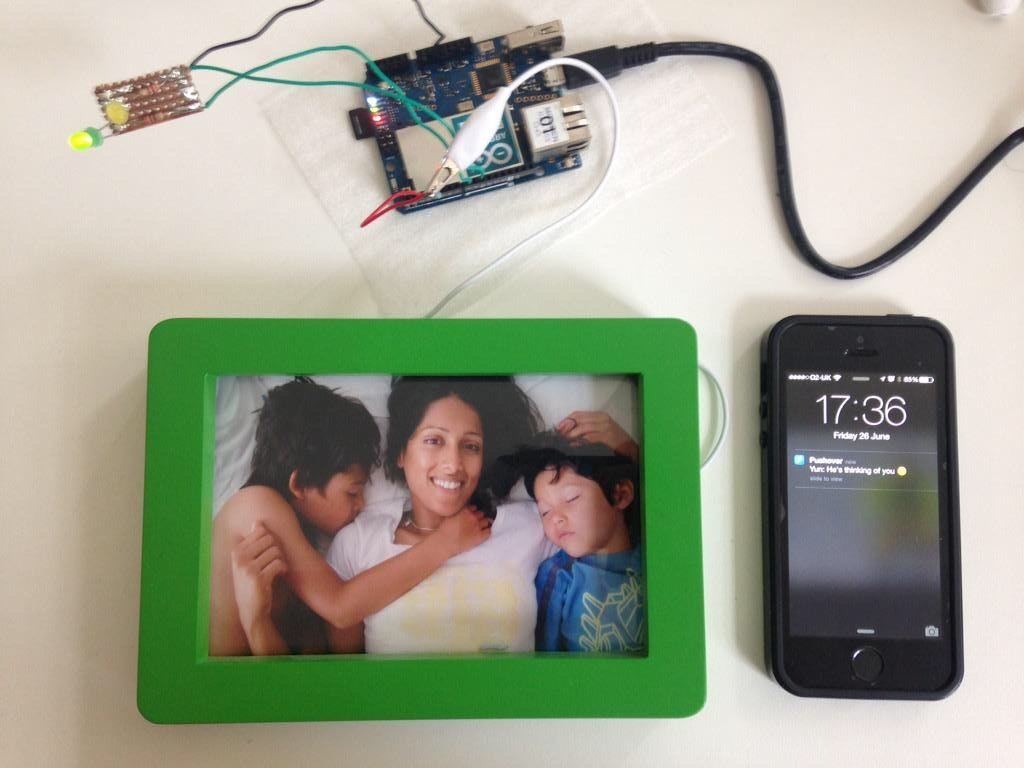 As usual, I’ve ‘scratched an itch’ by building this POC but I would love to see it realised as a formal product.

If anyone has experience in funding and the creation of products for IOT, please get in touch.

6 thoughts on “iMissYou – my P2P product for the Internet of Things?”