Today I got the opportunity to speak to a class of 8 year olds. Frightening!
It was my son’s class, so how bad could it be?

They’d been learning about circuits, and I had a few Electric Paint pens left over from the recent Bare Conductive and Moving Brands ‘InkHack’ – where I built the Conductive Safe with the awesome TouchBoard.

Anyways. Without the yet-to-be-released TouchBoard (check out Kickstarter), I fell back on some simple circuits that lit LEDs, switches that when the paint was touched activated an Iron Man arc reactor toy and a Capacitive shield (USB TouchKey) that changed the colour of an RGB LED depending on the word they touched.

The Capacitive part was probably the most fun, as I had one child touch the GND and another choose a colour. Of course nothing happened, until they held hands and completed the circuit!

It was a lot of fun. Hope the kids enjoyed it as much as me. 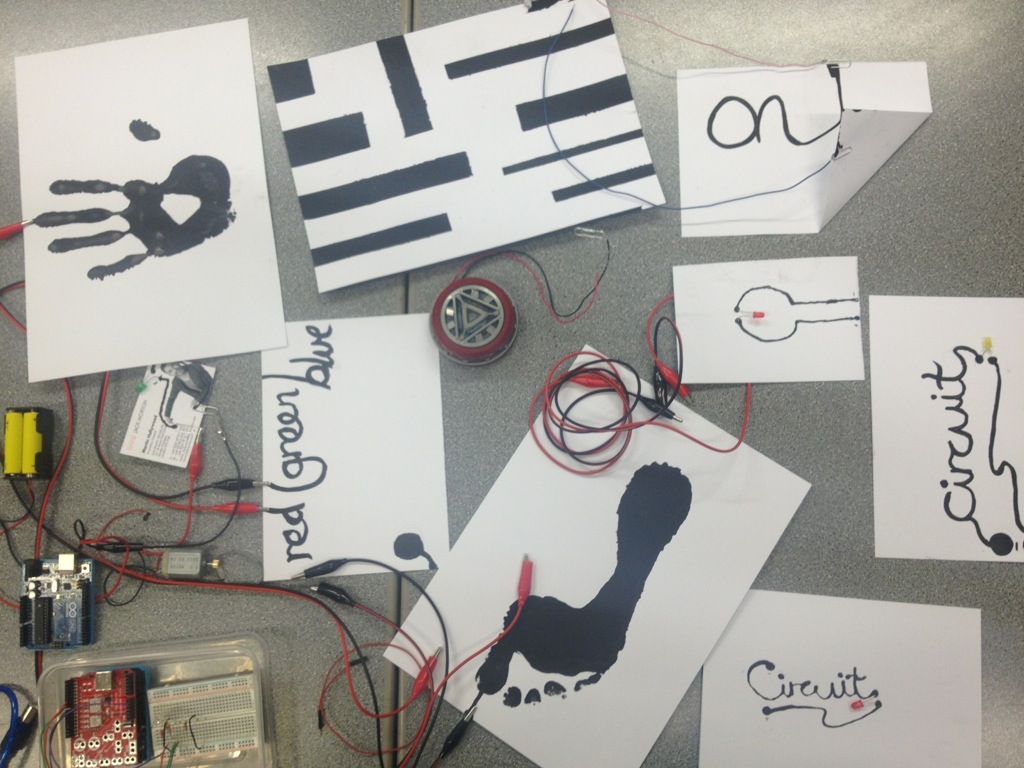 Also with #papercraft and #electricpaint 'for the kids' @ardunio @bareconductive